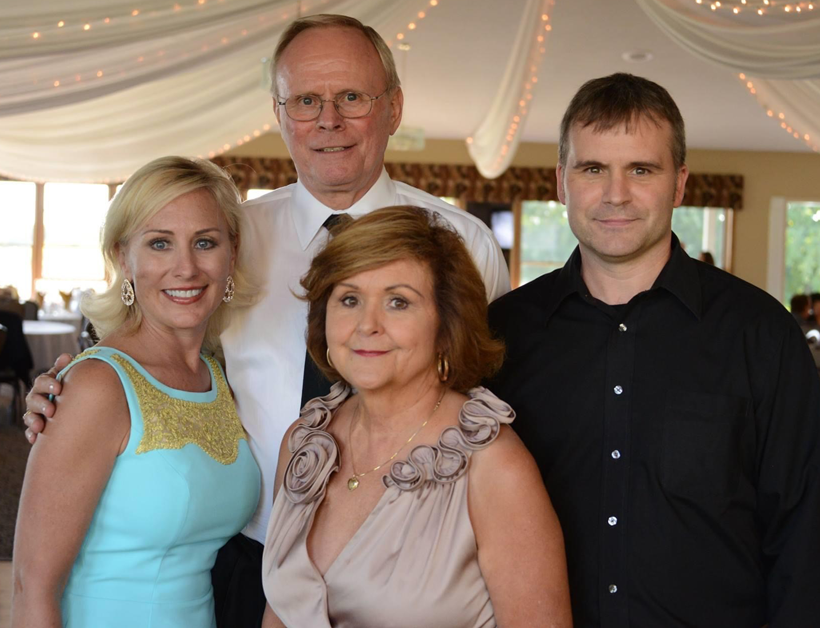 The Beaurline Family Foundation honors the legacy of the late Carl M. and Sandra Jean Beaurline.  Post-secondary education for their two children (Carla Jean and Carl John) was extremely important to Carl and Sandy Beaurline.  Carl is considered a 1995 Augsburg Alumni and was made “One of Augsburg University’s Own” October 23, 2018, at age 75.  He passed away June 12th, 2020, at age 76.  A loyal and supportive Alumnus, contributor, parent, mentor, and friend he was recognized for his lifetime of achievement and significant success in advanced education leadership and professional development.

Carl enrolled at Macalester College when he graduated from Humboldt High School in 1961. Unfortunately, he was drafted into the Army during the Vietnam War, but instead chose to enlist in the Navy where he was a Petty Officer E-5 and Sailor of the Month August 1966.

He was a pioneer in the Medical Device Industry (primarily cardiovascular products). Carl was the 113th employee at Medtronic and has over 25 FDA Clearances and 2 Patents.  Carl had 6 pages of college classes, certifications, patents, and 22 products he has been able to get approved by the FDA.  Yet, he still had no official college degree.  Carl’s Legacy through the Beaurline Family Foundation is to support Higher Education and create opportunities for youth that he didn’t have growing up.

Carl’s wife Sandy was Born Deaf.  Sandy passed away March 15, 2021, after 27 ½ years of a valiant fight with Breast Cancer, 12 – year battle with Metastatic Bone Cancer, and 44 year journey with Multiple Sclerosis.  She graduated from Humboldt High School with Carl in 1961. An entrepreneur, she was a Master Negotiator and owned a dog grooming business and later co-owned Bridal Boutique for over 12 years. A new Author, Sandra finished her book days before her passing called “There’s More to Me Than That”. Sandy’s Legacy is to support our youth… our future.

Carl and Sandy’s Daughter; Carla Beaurline, was inducted into the Silver Circle Honor Society for the Upper Midwest Emmy’s October 15, 2022.  A lifelong Minnesota native, Carla is the current Founder and Owner of Around Town TV & Around Town Media. Around Town TV started its 20th year on air January 2022 and is Minneapolis/St. Paul’s longest airing TV Community Showcase. In addition to Carla’s on-air resume’ which includes a 13-year stint with Shop NBC, Guest Host for QVC, a host for Talk of The Twin Cities, and providing her talents as an on-air spokesperson for many Twin Cities based businesses— Carla graduated from Augsburg College in 1991 with a Double Major in Communications and Sociology.

Their Son C.J. (Carl John) Beaurline is an All-American Honor Athlete inducted into the Hall of Fame at Augsburg College for Hockey and Baseball.  A mathematics major with an economics minor, C.J. currently is a Senior Manager -Technical Sales & Distribution at Infineon Technologies. He has remained active in the hockey community, officiating NCAA Division I men’s hockey for 20 years and high school hockey for 26 years. C.J. currently serves as President of the St. Paul Hockey Officials Association.

The Beaurline Family Foundation supports Higher Education and create opportunities for youth.  “Your best investment is your education.” Carl Beaurline

We’d like to thank the Beaurline Family Foundation for its generous donations to provide this scholarship.

The Beaurline Family Foundation Scholarship is for those seeking any production roles in the video media industry.